Homes for sale in Edgemont range from condos and townhomes in the low $200,000’s to homes from the mid $350's. Select your price range or specific Edgemont real estate listings below.

Homes for sale in this category consist of detached and semi-detached (paired) single family houses.

Location, location, location! Don't miss this incredible opportunity to make your home in this beautifully renovated walkout bungalow on the ridge in the exclusive Edenstone enclave of estate homes...

Exquisite Re-crafted Luxury Home that sits on top of Calgary overlooking the Rockie Mountains. Elevated style on all levels; this is an address. Stunning and elegant with mountain views from all th...

Prepare to fall in love with this Fully Finished and Renovated 2,333 sqft 2 Storey Home Built by Jayman in the Highly Desirable Edgemont! | Soaring 17’10” Ceiling in the Foyer and 9’ Ceilings throu...

Welcome to exclusive Edelweiss, the most prestigious location in Edgemont. Meticulously maintained home, with the same owners since 1989, is across the street from multi-million dollar ridge estate...

Starter Edgemont Houses For Sale (up to $450k)

WELL-KEPT EDGEMONT HOME WITH BIG TICKET UPDATES AND POTENTIAL FOR A BASEMENT RENTAL SUITE FOR SALE – CHECK OUT THE FULL VIDEO AND 360 INTERACTIVE VIRTUAL TOURS. This incredible Edgemont bi-level co...

No condo fee for this cozy 2-storey on a Cul-De-Sac in the established Edgemont community with good schools, all grade levels (K-12). Many updates include new counter tops, new laminate floors, new...

Edgemont Townhomes For Sale (all)

COME JOIN US AT OUR OPEN HOUSE THIS SATURDAY SEPTEMEBER 18TH FROM 12-2PM AND SUNDAY SEPTEMBER 19TH FROM 1-3PM. Massive 2222 sq ft above grade lofted townhouse with fully finished walk-out and City...

Don’t miss out on this fantastic 2 Bedrooms plus den and 3.5 Bathrooms Townhouse with a Double Garage and developed basement in the sought-after community of Edgemont!!! This very open floor plan f...

Lowrise Apartment Condos in Edgemont (all)

Welcome to this incredibly well kept main level condo that features two bedrooms, two bathrooms and has had EXTENSIVE renovations! Upon walking in you will be welcomed by modern, upgraded laminat...

THE BEST-VALUE APARTMENT IN NW CALGARY! Amazing NW living minutes from all the amenities of Edgemont. | Steps from NOSE HILL PARK and with easy access to everywhere you want to be on Shaganappi, Co...

Rightly touted as Calgary’s largest community owing to its sheer acreage, Edgemont also enjoys an elevated location as an extension of the Nose Hill and offers some of the most stunning views of the Rocky Mountains to the west and the City to the south. Built atop a massive natural ravine system, the community in Edgemont features beautiful walking trails and pathways that tie the neighborhood together.

The history of Edgemont Real estate dates back to 1978, with some of the developmental projects getting winded up only recently. A typical Calgary suburb, the community in Edgemont offers a competitive selection of housing options suited to the varied tastes and preferences of its residents. With carefully planned landscape and well established infrastructures, Edgemont homes for sale include estate homes, single family homes, apartments and condominiums. While the price range for detached homes lies somewhere on the lines of $250,000 to $1.5 million, the condos are regularly listed at an average of $400,000. Bordered by one of the largest municipal parks (Nose Hill) in the whole of North America, Edgemont features a tranquil getaway for the residents to escape the deafening bustle of the city life. Shopping complexes abound in the neighborhood, offering easy access to liquor stores, convenience stores, dry cleaners, Supermarkets and pharmacies.

Edgemont is a neighborhood situated in Northwest Calgary. It is found towards the north of Dalhousie and is connected to the south via John Laurie Boulevard. At the south, it is bound by the Sarcee Trail, in the East, by the Shaganappi Trail and in the north, by the Country Hill Boulevard.

A significant portion of Edgemont real estate is basically an extension of Nose Hill. This is apparent due to the presence of steep escarpment in the south-east.

Edgemont homes for sale have been quite popular throughout the last decade due to varying factors. One such factor is the neighborhood’s elevated position at 1245 meter above sea level. This allows residents to enjoy splendid views of the Rocky Mountains and also, the southern parts of the city.

The community in Edgemont first came up in 1978 and achieved completion very recently.

The Ward 4 Councilor represents Edgemont in the Calgary City Council.

Shopping in Edgemont can be enjoyed at Market Mall North Land Shopping Center, Crowfoot Crossing, and several other local outlets or stores.

As for schools in Edgemont, we have Tom Baines Junior, Captain John Palliser Elementary, Sir Winston Churchill High, and 5 other Catholic Schools.

There are a lot of beautiful parks in Edgemont as well such as the Nose Hill Park and the John Laurie Park. 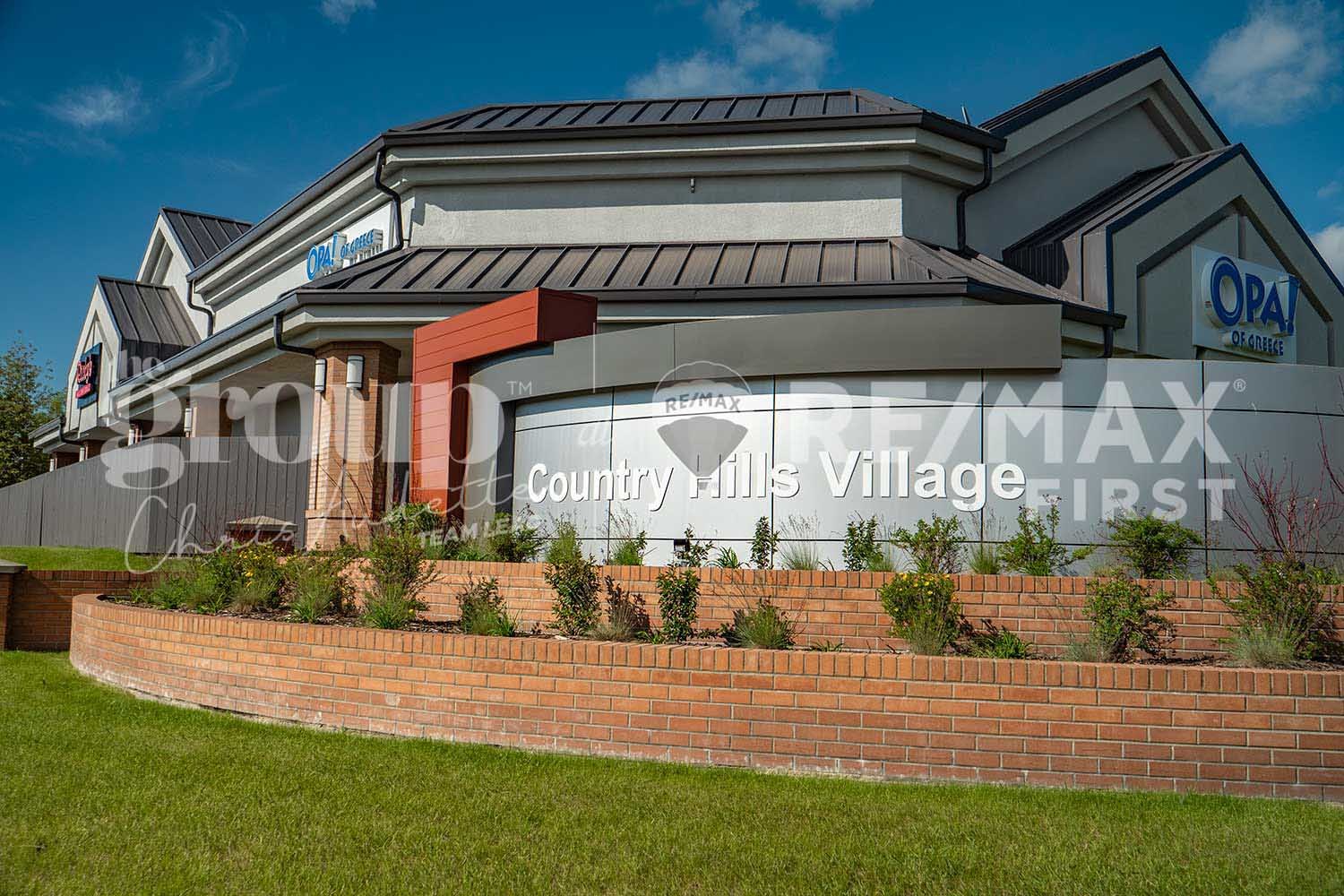 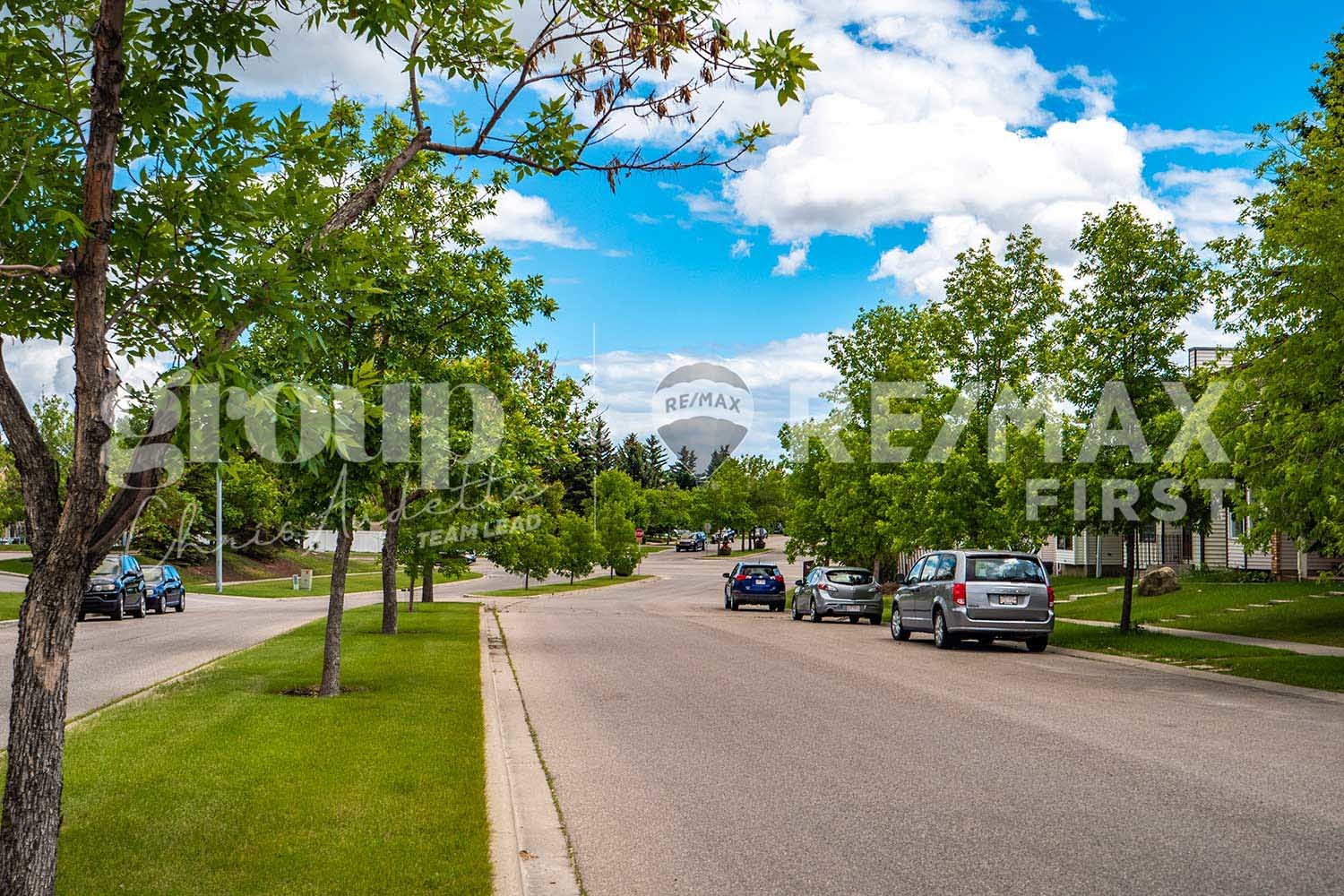 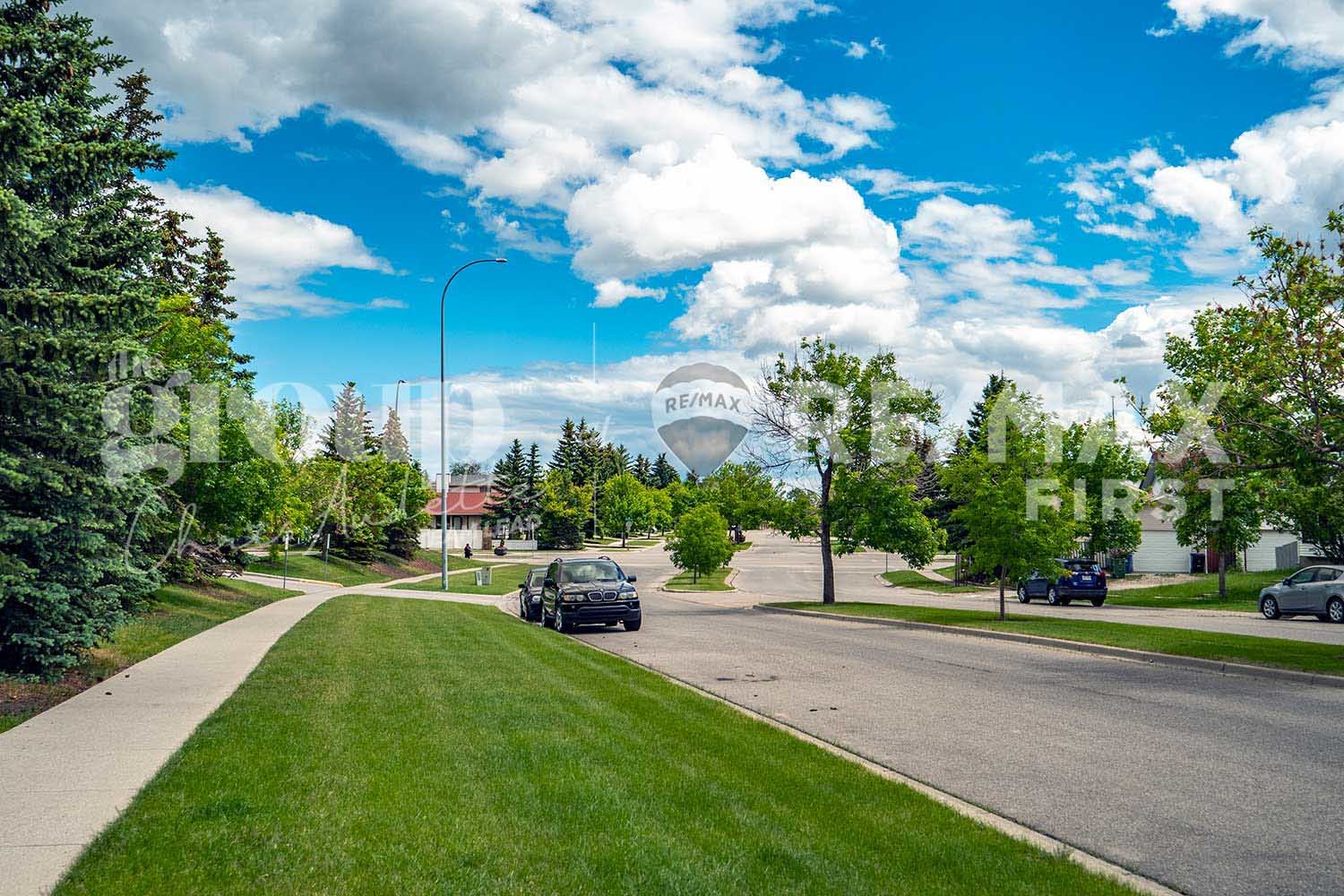 Schools in or near Edgemont

Schools for specific Edgemont homes, please refer to the designated schools search tool on the Calgary Board of Education and Calgary Catholic Designated School websites. For a Report Card on School Rankings of Calgary Schools get in touch with one of our Edgemont Real Estate agents.

A learning environment where children of different ages and abilities work together cooperatively and collaboratively through extra curricular activities as well as buddy classes.

Tom Baines School takes a unique approach to learning - academic classes are grouped into a pod structure that fosters greater communication between teachers, letting them attend to your individual child's needs!

This tech-forward school gives students a chance at learning with technology. Students with special needs also have access to a wealth of resources to support their education while participating in regular classes.

The Mother Mary Greene School provides a safe and learning environment for its students and encourages its learners to develop a relationship with God by integrating Catholicity into its everyday activities.

École St. Luke is a French Immersion program that serves students from Kindergarten to Grade 6.

St. Jean Brebeuf School offers a wide range of specialized programs that help in promoting quick and effective learning among its students.

Serving both full and late French immersion, the Madeleine d’Houet School is a junior high serving grades, 7, 8 and 9.

With the purpose of prepping the students for the future, this high School offers a little bit for every student. Concentrating on academic as well as non-academic curricular programs. Data is supplied by Pillar 9™ MLS® System. Pillar 9™ is the owner of the copyright in its MLS® System. Data is deemed reliable but is not guaranteed accurate by Pillar 9™. The trademarks MLS®, Multiple Listing Service® and the associated logos are owned by The Canadian Real Estate Association (CREA) and identify the quality of services provided by real estate professionals who are members of CREA. Used under license.
Search Near Me