Downtown, The heart of Calgary

With heritage architecture and modern high rise buildings, Stephen Avenue and Barclay Mall provide a wide range of amenities in the heart of downtown Calgary.

Stephen Avenue pedestrian mall runs along 8 Ave SW from 1 St SE to 4 St SW. It is home to: 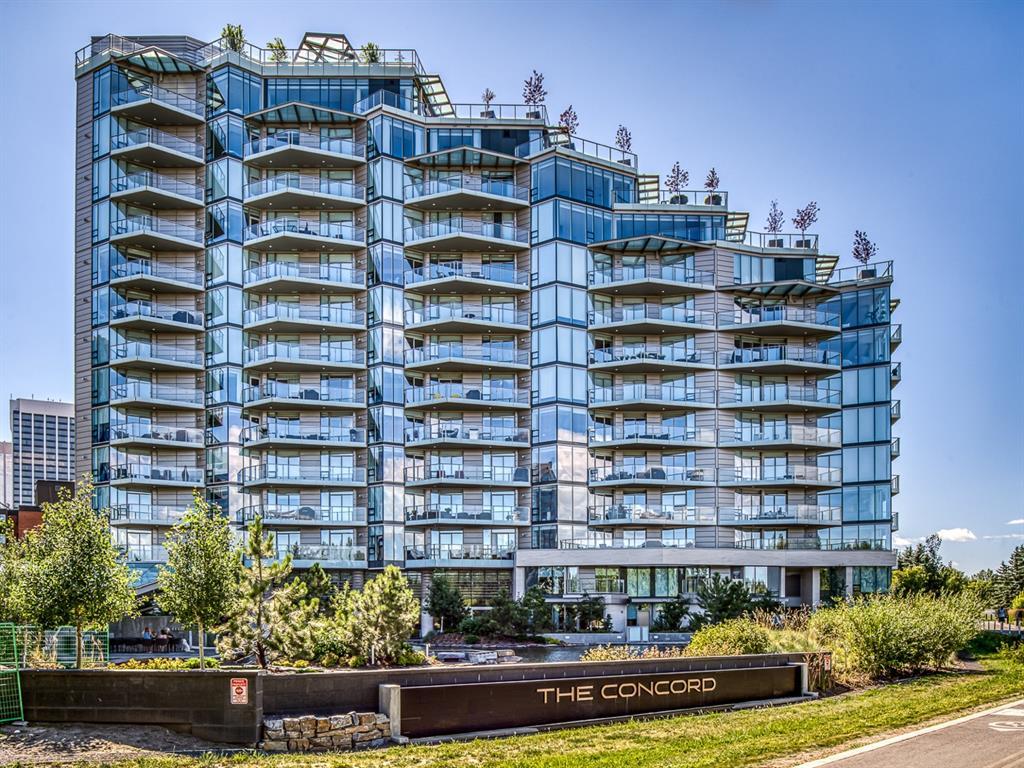 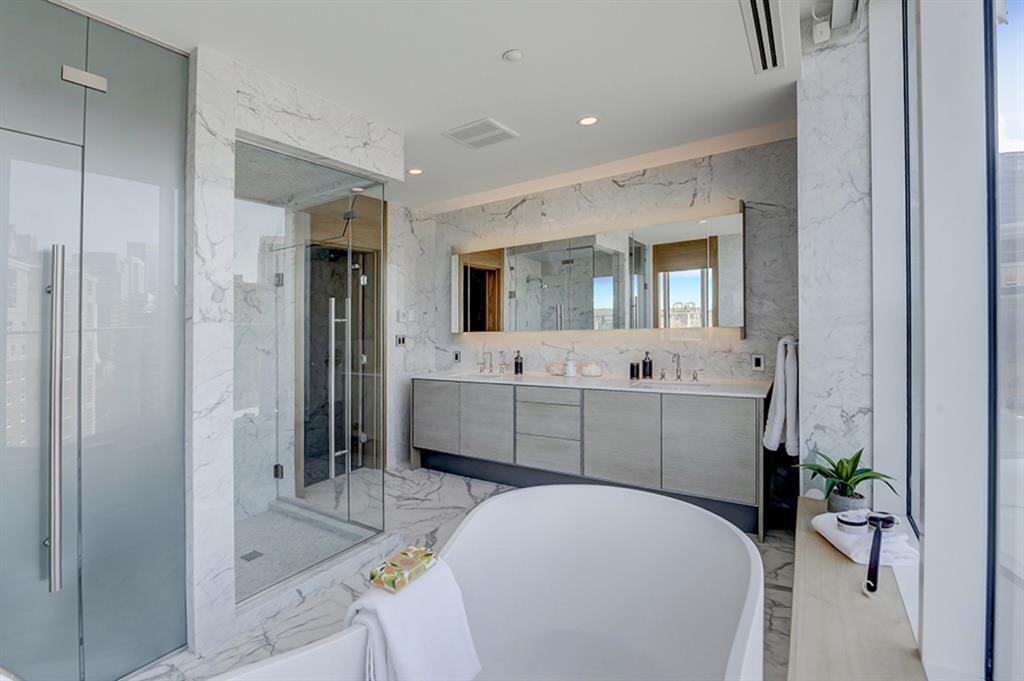 The Concord, Luxury Riverfront Living, a new and timeless architectural icon for Calgary. This prime locations is surrounded by nature, yet downtown and major roads are at your fingertips. The buil...

Live a life of luxury in the stunning Penthouse at Prince’s Island Estates, located in the heart of the city along the banks of the Bow River and close to everything you need - shops, restaurants, ...

Named after George Stephen, 1st Baron of Mount Stephen, Stephen Avenue is a registered National Historic Site of Canada for the high concentration of historical buildings located along the length of the street. Stephen Avenue covers a quarter of 8th Avenue and is the commercial and financial center of Calgary, located in the shadows of TD Square and Bankers Hall. A grand place year round, from the warm air shopping, dining, and nightlife during spring and summer, to the beautiful Christmas light displays between Bankers Hall and The Core Shopping Centre in the winter, it is certainly a place not to miss for all residents.

The recently developed Core Shopping Centre (formerly TD Square and Eaton Centre) houses over 160 stores and services. The Core hosts Calgary’s high-end luxury goods and appeal, with Holt Renfrew and Harry Rosen operating stores containing the latest items from Chanel to Tom Ford. The Core is also home to the Devonian Gardens, has reopened after a four-year renovation. The Gardens has 20 000 plants of 135 different species, both local and tropical and is open for reservations. The Hudson Bay Company has a department store at the east end of The Core

Stephen Avenue has many choices from fine dining to cheap eats, from oriental to local. Teatro’s is an Italian restaurant located just off Olympic Plaza and is regarded as “one of [Calgary’s] most celebrated venues,” by Fast Forward Magazine. Offering dinner 7 days a week and lunch Monday through Friday, Teatro presents meals made from local and organic sources and also hosts an award-winning wine cellar. The Unicorn Pub, located below ground, is a popular venue for its friendly atmosphere and staff, as well as their signature Twisted Horn Cream Ale. The Bear and Kilt is also a favorite, with pool tables and an arcade.

On the east end of Stephen Avenue is the EPCOR Centre for the Performing Arts, home of Theatre Calgary, the Calgary Philharmonic Orchestra, and One Yellow Rabbit. The center houses six theatres, the largest being Jack Singer Concert Hall, the headquarters of Calgary Philharmonic Orchestra, with a seating capacity of 1800 and a Carthy Organ with 6040 pipes. Max Bell Theatre hosts Theatre Calgary and is the big production theatre, with each season bringing a variety of plays, from Shakespeare to more modern plays. Big Secret Theatre is One Yellow Rabbit headquarters and a much smaller theatre than the rest, seating 185 and drawing smaller productions of their own creation and from around the world, including groups such as Spymonkey and Pyjama Men among others. During the winter, Olympic Plaza becomes a public skating rink, great for a family outing or a romantic time in the heart of the city.

The commercial core is also divided into a number of districts. They include the Entertainment District/Stephen Avenue, The Olympic Plaza and Cultural District, and the Government District.

The Heart of the City

THE 'GALLERIA TREES' - LARGE WHITE SCULPTURES ON STEPHEN AVENUE OFF OF 3RD STREET ARE LIT UP AND EQUIPPED WITH SPEAKERS. LEARN MORE ABOUT THESE SCULPTURES, AND THE MULTITUDE OF AMAZING THINGS TO SEE AND DO IN DOWNTOWN CALGARY. 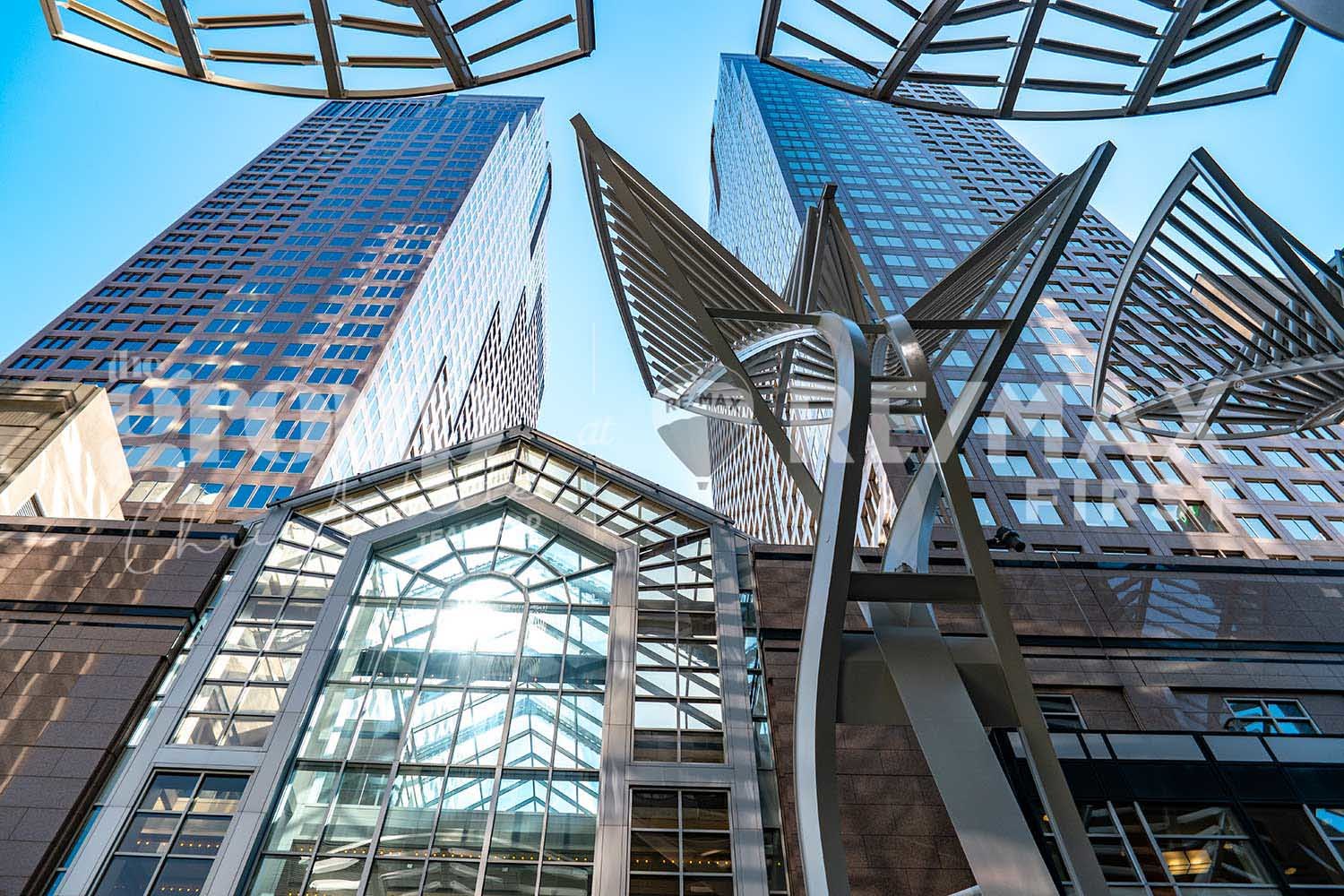 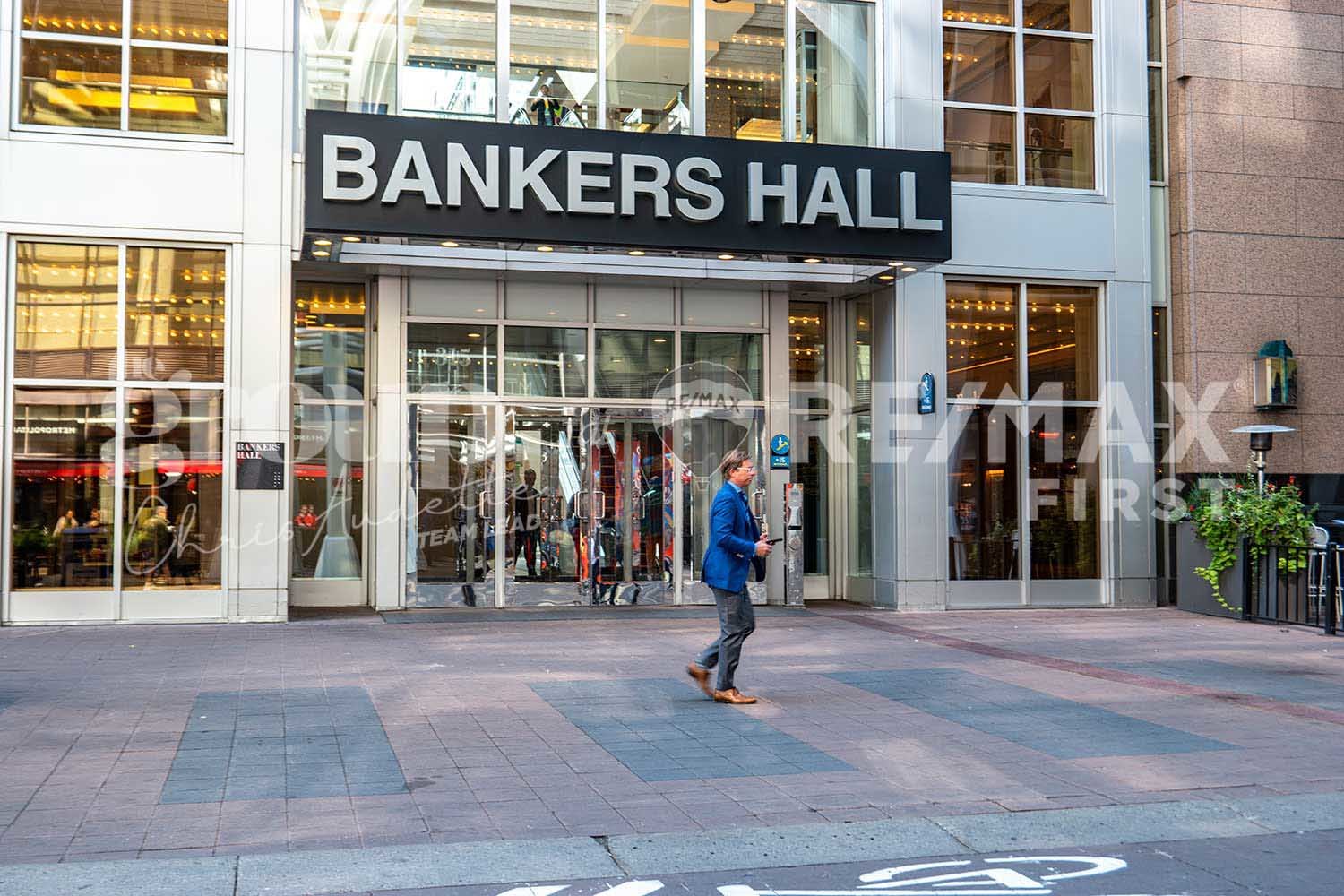 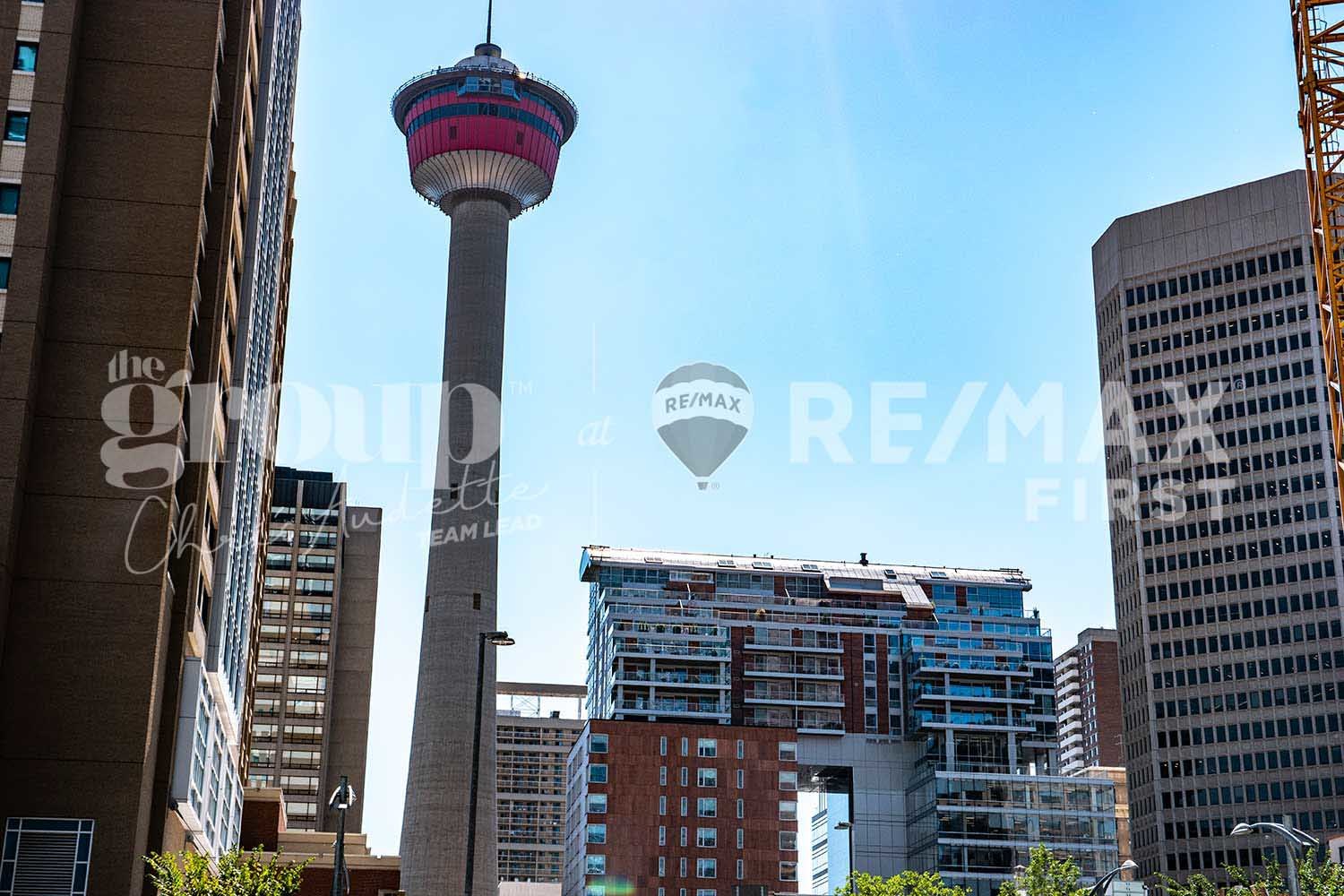 View Gallery
Data is supplied by Pillar 9™ MLS® System. Pillar 9™ is the owner of the copyright in its MLS® System. Data is deemed reliable but is not guaranteed accurate by Pillar 9™. The trademarks MLS®, Multiple Listing Service® and the associated logos are owned by The Canadian Real Estate Association (CREA) and identify the quality of services provided by real estate professionals who are members of CREA. Used under license.
Search Near Me