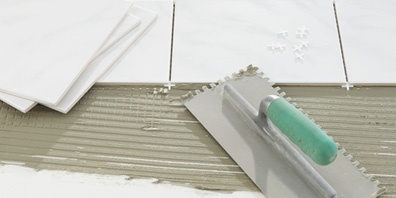 A friend asked for advice before he began renovating a house he recently purchased. As he enthusiastically told me about his plans, he made it clear one mistake he was not going to make was to run out of money. He had lots of it and was very proud he knew where to get the best deals on everything. So, what had he missed? What hadn't he considered? My answer was non-committal, but what I really wanted to say is that he made the worst mistake you can when you start a renovation: He bought the wrong house. It's not that there is anything particularly wrong with his house, but it would never be the house he wanted no matter how much money he spent on it. Even if he tore it down, the lot wasn't conducive to the kind of place he truly coveted.

With this parable in mind, here are the five worst things you can do when you renovate:

1. Not appreciating a house has a unique DNA and when you renovate, you must respond to it. Modern houses shouldn't have crown moulding applied. Conversely, traditional houses feel denuded when they're stripped down. If your house doesn't have this inherent sense of what it is, then too bad for you, you own a characterless box.

2. Believing that good, big windows don't matter is a mistake. During a renovation, windows are likely where you'll spend the most money, but don't go cheap on them. Light is vital in a house and more natural light is one of the gifts a renovation can give an older home. (In relation to Rule 1, accept a house's DNA when you renovate. If this DNA means small windows and dark interiors, you have a genetically inferior house. Find a way to add better and bigger windows.)

3a. You renovate too much. These days, you don't upgrade a kitchen, you rip it out. Save the perfectly good sink and tub in the master bath? I don't think so. We need a spa, double sinks and marble for days. Some of the most elegant bathrooms are ones where the floors and fixtures have been upgraded and all else restored. It's not about saving money - not gutting but selectively rebuilding usually makes a more pleasant environment.

3b. A related mistake is when renovations are uneven - the bathrooms are done, done, done and the rest of the house or furnishings are not, not, not. In other words, you renovate too much in one place and not enough in another. It's an odd way to live. If you can only afford to renovate one room at a time, that's understandable. But some equate a renovation with a new kitchen or bathroom. They live in their home with the notion that they're going to flip it tomorrow and, therefore, renovate with a real estate agent's sense of what matters, not their own. I was in a home where the bathtub cost thousands, but the carpet in the rest of the place appeared unsanitary and unattractive. A tub for two is a symbol of success and it hadn't occurred to the couple that spending the same money and recarpeting the house would have been more prudent.

4. You have no idea why you're renovating. With all the magazines and television shows that teach a person how they should be living, some forget to ask themselves why they need a six-burner stove or a gigantic shower head other than they've seen them and have enough space on their credit card to afford it. When you visit houses untouched from the 1960s and 1970s - nice homes in good neighbourhoods - you realize what we take for granted as necessities today are quite over-the-top. Canadians have clearly become very rich in the past decade, a few would say overly materialistic and status conscious. Think twice before handing that magazine clipping to your contractor and yelling "Do it."

5. Not enjoying the process of renovation. Let's not pretend there's no inconvenience associated with an overhaul. Contractors are human and some are untrustworthy, and so on. But not enjoying a renovation is missing one of the few times you get to shape your world. You get to make decisions and spend money like you've never spent it before. Don't do a renovation if you can avoid it, when you can't get some pleasure from the changes that are happening. We take renovation for granted but it was only 30 or so years ago when most people thought getting a new fridge or fresh linoleum was a big house improvement and weren't they lucky.